Dubai-based airline Emirates has unveiled its new ‘Premium Economy’ cabin, as well as enhancements to its existing Economy, Business and First all of which will be rolled out in the new year.

The airline received its latest A380, one of the last five to be delivered this week featuring the new interior. The final four are due to be delivered in 2021 and 2022. Emirates also confirmed that Premium Economy will be installed on some of the new 777X aircraft, along with considering refitting some of their existing A380’s.

Similar to other Premium Economy offering, the theme is more space and a few extra touches to Economy. There is a 40-inch seat pitch, with eight degrees of recline, along with the standard adjustable headrests and footstall. Each seat at a 13-inch screen, along with charging points and both a wide dining table and a cocktail table. Premium Economy will be at the front of the main deck.

In Economy, all the seats onboard are new ergonomically designed seats, also featuring the same 13-inch screen as Premium Economy. 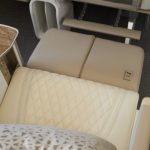 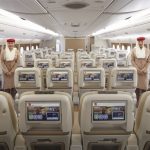 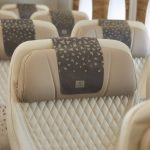 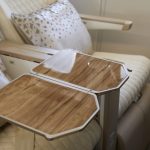 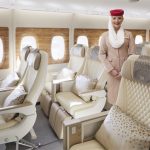