The story around this trip actually started quite a long time before. We had someone come into the office to enquire about a particular hotel in Thailand, and rather at the last minute. He was in somewhat of a fluster as he had booked his honeymoon in separate parts on the internet and found out three days before he was due to go, that the hotel didn’t have his reservation. This hotel was the Pimalai in Koh Lanta, Thailand.

With a bit of research, I worked out that it was part of ‘Small Luxury Hotels of the World’ and at that point, I knew we might be able to help. We had a friend who was a UK representative for a few SLH hotels, Lisa Rawlings, and we thought that she might be able to point us in the right direction. Little did we know that she was trying to negotiate a contract with the hotel to represent them in the UK. Bingo! We managed to save the honeymoon, together with a promise that we’d be able to go out there and sample it for ourselves.

This trip happened in late 2007, spread over 6 days with a night at each end in the bustling city of Bangkok. Like the way the whole trip came about was a problem, so was leaving. Arriving at Heathrow on a cold November morning, we were faced by the problem that our flight had been cancelled. We were flying with Etihad Airways, and there was fog in Abu Dhabi, so we had to come up with an alternative plan. Being resourceful travel professionals as we were, we managed to talk ourselves onto the direct Thai Airways flight, which actually meant that we arrived before we were due to!

This meant a full day of exploring the city of Bangkok. It really was a bit of a whirlwind of a tour, in the notorious Bangkok traffic – the Grand Palace, Temple of the Reclining Buddha and boat trip along the river and the backwaters, showing a different side to Thai life. As we were staying at the Sukhothai Hotel, at the time the hotel with the largest outdoor swimming pool in Bangkok, just up the road was one of the famous night markets which we explored in the evening, even though we had been up for 36 hours at this point! 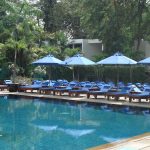 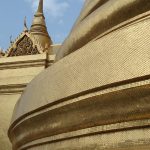 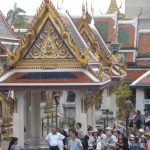 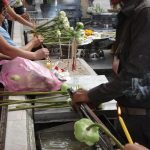 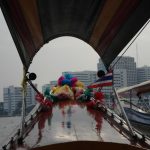 Getting to Koh Lanta is a bit of a trek, but as with everywhere in the world, I say you have to make an effort to go somewhere a little further off the usual tourist trail. Yes, we did go on a propeller aircraft for the hours flight down to Krabi, but this wasn’t usual – it’s usually something much larger! Upon arriving it was another hours road journey to a harbour, and then speedboat directly to the hotel. That journey is absolutely stunning and well worth doing during daylight hours.

The jetty was somewhat of an experience. Getting towards 70m long, inflatable with no handrails isn’t great for those who have problems with balance (there is an alternative way of getting there by ferry and road though). You do notice what a great location the hotel is in though, set away from other developments on a hillside, this is a great place to get away from everyday life. There are two parts, the more traditional hotel with rooms and suites on the beachside, and larger villas on the hillside. We were staying in the villas, which had great views over the sea and beyond.

It really is a fabulous hotel, and everything is of the highest quality. There was a choice of either Thai or French for restaurants, along with all the usual facilities you would expect from a five-star resort – a spa, a gym, beautiful grounds. The rooms are large, and the bathrooms even larger!! Great for families in the villas, or couples looking for a romantic getaway as part of a longer touring holiday of Thailand. 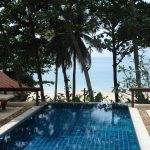 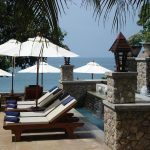 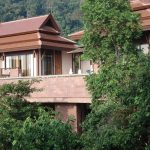 Despite being in the middle of nowhere (or at least it feels like it), there was still plenty to do – we went out to see elephants, a magical trip around the deserted islands, and a sunset cruise – complete with barbecue. 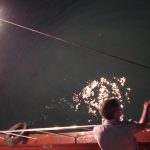 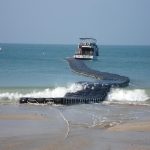 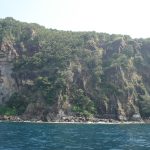 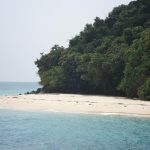 The journey back to Bangkok was fairly uneventful, although it was interesting to see that even back in 2007 that you had to be screened by security even before you got inside the terminal building in Krabi. With a flight early the next morning, it was another night out in Bangkok – having dinner combined with a trip around the night markets again, and a trip on a TukTuk.

Although quick, it was a really enjoyable trip. The contrast between the hustle and bustle of Bangkok, to the peaceful and serene islands and beach resorts.