This week, I thought I would bring you something slightly different. A behind-the-scenes look at Britain’s last remaining independent commercial aircraft manufacturer, Britten Norman at their maintenance base at Solent Airport near Fareham. I was invited to a tour last week – to see how their build these iconic aircraft. 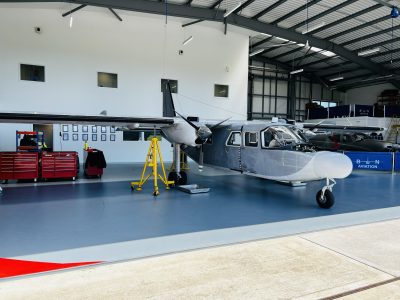 It’s very easy to forget when flying around the world, that the majority of the aircraft we fly on are made by just a handful of companies. Turn the clock back, and the UK had multiple manufacturers building a variety of aircraft.

Britten Norman’s Islander was designed in the 1960s, and the design has remained largely untouched for over 50 years. Yes, it’s not the sort of aircraft you’ll be flying to Australia in, and it’s not really ideal for lie-flat beds either, but over the years has provided a lifeline for the more remote communities around the world.

Highly performant and adaptable, you’ll see them in the Channel Islands, Scotland, and even as far away as Papua New Guinea and Australia. There are even adaptations for military and surveillance, with ‘no two Islanders ever being the same’. 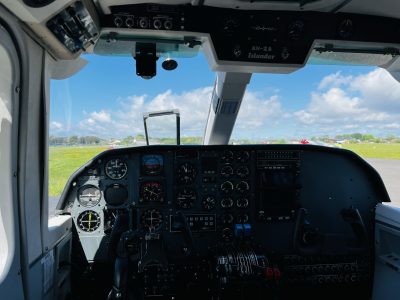 Although the main structure of the aircraft is still manufactured in Bembridge on the Isle of Wight – Britten Norman’s modern facility on the Solent is essentially both a maintenance base and final production line.

So what does this mean for you and me? Britten Norman sees tourism as a major market for them in the future, with more destinations and resorts opening in more hard-to-reach locations, making the small Islander a perfect choice to get travellers to and from larger islands or airports.

We already see Islanders operate in the Caribbean to islands such as St Barths, and in the case of the image on the right above – it’s being overhauled for a new life in the Seychelles.

Being a small, versatile aircraft, the Islander is ideal to test and develop new technologies which will eventually transfer to the aircraft we know today. In the aircraft above, a former Greater Manchester Police surveillance aircraft has been kitted out to trial autonomous flight, something which does feel like a long way off in the mainstream.

Additionally, the company is working on a hydrogen version, with the industry keen to improve sustainability and its reliance on fossil fuels. Its expected smaller aircraft like the Islander will be the first to

In addition to having a look around the ‘factory’, I also managed to get a ride in one of them. This is a 35-year-old example (although you would never have known), which is currently owned by one of the UK’s newest airlines – Air Alderney. 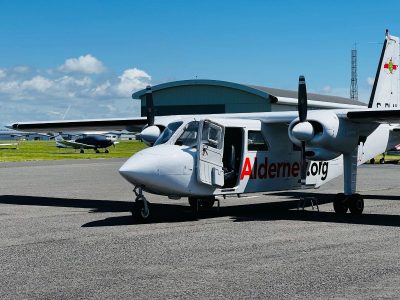 Having been set up just before the pandemic, they are aiming to run services from Brighton City and Solent airports to Alderney, Jersey and Guernsey in the Channel Islands.

Getting everyone on board can be a little challenging. I had to give my weight in advance so they had the correct weight and balance numbers, and given the aircraft’s tiny dimensions legroom doesn’t really exist. Still, it’s surprisingly comfortable, isn’t too loud and although a lovely day over the Solent – wasn’t too much turbulence either! Only in the UK could you overfly an operating naval base!! 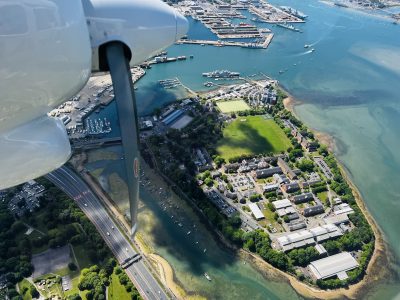 It’s worth remembering when we’re flying halfway around the world, to some of the most fantastic and spectacular destinations that it’s still British engineering from the ’60s enabling us to get there.