The Advantage Travel Partnership conference in Madeira, now a couple of weeks ago brought up many different themes, especially around the future of travel and how the staffing shortage (most notably at airports and airlines) can be resolved. 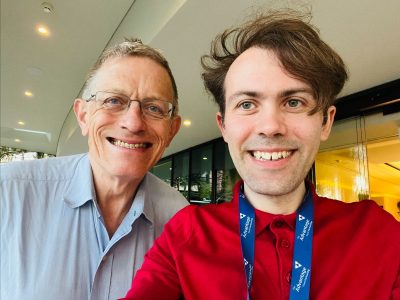 I had a 30-minute conversation with Simon Calder, the (renowned?) travel correspondent at The Independent over breakfast at the Savoy Palace, where we discussed these themes, and how we can encourage more people into the industry.

Simon was at the conference to speak on the last couple of years in travel, highlighting some of the often puzzling and antiquated rules which made either travel illegal, difficult or unpredictable. Including my revelation that Reunion, despite being the source of the Covid outbreak was on the amber list, whilst France, where cases were lower we’re put on the ‘amber plus’ list as it was far too dangerous!

We talked about how I got into the industry, and why travel as a whole might appear unattractive now to the next generation. At the conference, much was said about sustainability – something which is intrinsically difficult to solve dramatically in the short-term, and a topic that has been taken on by today’s children.

We also talked about something which I have been on a crusade with – defining what a ‘modern’ travel agent is, and why we shouldn’t be creating boundaries (or boxes). Quite whether ways of defining who and what we do, which were originally defined in the 1980’s are relevant today – and is a cause we’re going to continue to push. There currently seems to be a disconnect between what some think we do, and what we actually do! 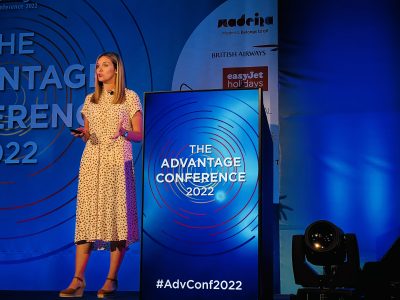 Later, we got onto the topic of the pandemic, and the issues which currently face much of the industry. Although maybe daring, I posed the question to him: ‘When does reporting the news, create a wider problem?’, in reference to his daily reporting of how many British Airways flights are cancelled each day. An answer he wasn’t fully happy to commit to! Still, thought I would give it a go!