We know they are coming, we have known that for a while. It was one of the worst kept secrets in aviation that JetBlue was coming to London, after all it’s CEO Robin Hayes is British and worked for British Airways. That reality is coming closer now, with a refresh of their highly-acclaimed Mint Suite which will be coming to the UK ‘later this summer’.

The ‘reimagined’ Mint Studio is set to take the Transatlantic market by storm this summer, with the American low-cost airline setting off over the pond for the first time. The 24 private suites each with their own sliding door brings ‘premium travel and an unpremium price’, featuring a custom-designed seat cushion by Tuft & Needle and small finishing touches to help you feel like you’re at home. 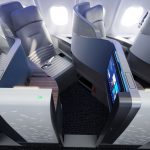 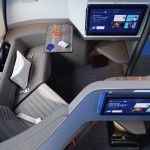 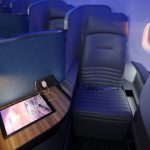 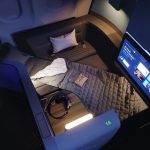 Although JetBlue has been awarded slots at both Gatwick and Stansted for flights to both New York JFK and Boston, it is still unclear if this will be the plan, as they are still trying to secure slots at Heathrow. Flights are expected to start towards the end of the summer.