British Airways are adding a couple of Caribbean routes to Heathrow this summer, to supplement what is already on offer at Gatwick. Both Antigua and St Lucia will have twice-weekly services through the summer, from 10 July to 4 September.

Although traditionally a quiet time of the year for the region, historically referred to as hurricane season, the Caribbean is expected to have an increase in tourism this year thanks to low Covid rates and a speedy vaccination program in most of the nations.

In addition, British Airways is also moving its Providenciales flight back to Heathrow for the summer season, as a weekly add-on to its flight to Nassau on Sundays.

easyJet last week announced an extension of their program from the airport with a selection of new beach routes to Spain and Portugal for this summer. They include:

The Greek national carrier Aegean has announced it’s to have a new service to Mykonos this summer, serviced from Heathrow for the first time. Its operating three times a week on a Monday, Wednesday and Saturday. Although there is a word of warning – the flight times are not the best, and if traveling from Heathrow you might want to consider traveling with British Airways which are at much better times, or with easyJet from Heathrow.

Set to fly across the Atlantic for the first time this summer, JetBlue has announced new features and products it’s bringing to its Economy cabin on its crusade to shake up the transatlantic market. 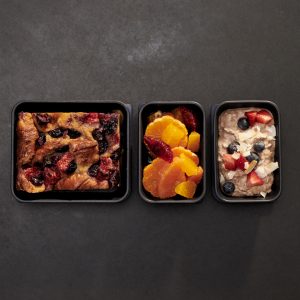 There is a new innovative meal service, so you can choose your meal combination as a whole, rather than just the traditional main course. There is also free alcoholic drinks service and an onboard pantry.

JetBlue is offering the ‘widest economy seat’ over the Atlantic, wider than standard long-haul aircraft, combined with more shoulder room on seats near the windows, with seat 18.5 inches wide. They will also feature in-seat power for electronic devices and a traditional tablet-sized television with programs from HBO and Showtime. There is also free onboard wifi for all passengers, along with live international TV channels. 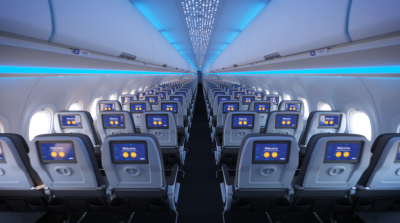 The airline has recently been award slots for Heathrow airport and is expected to start flying this summer, although dates, airports, and pricing have yet to be revealed.